In April, my partner asked me to marry her and I, of course, said yes! For my birthday earlier this year, she’d bought me a voucher for afternoon tea at London’s Fortnum & Mason since it’s my favourite shop and I’ve always wanted to go there for it. When I arrived (as I was meeting her there from work) I saw that she had a rose… that’s when I knew something was going on. 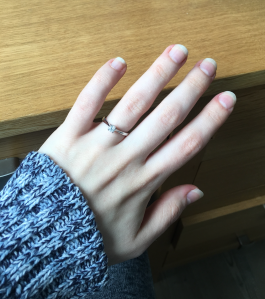 Filled with excitement and anticipation, we were seated at a table by the window. With the sun beaming in, and before having ordered anything, she started telling me how much I meant to her. And that’s when it happened! Once I’d figured out what she was going to ask me, I was itching to say yes but I didn’t want to ruin what she’d prepared, so waited patiently. It was from then on that I had the biggest grin plastered across my face and it stayed there for the rest of the day. I wish I could relive it over and over as everything was just perfect and so filled with joy.

Now, we’re in full wedding planning mode. With one venue appointment done and several booked for this month, with the invitations designed and the guest list almost written, along with preparing to try on my first bridal dresses this weekend… life couldn’t be any better!

Oh well this is going to be easy as I absolutely LOVE food! I’ve never been able to understand when people say they don’t like trying new foods or they only like one food group/cuisine… it baffles me since there’s so much variety out there for the tasting – quite literally!

So in no particular order…

I have a feeling that this is going to be a tricky prompt… ten I could have managed but 20 facts just about me?! Well, here goes:

So, todays prompt topic didn’t appeal to me as it is, but my rebellion is primarily due to two outside, yet incredibly influential factors – today is press day, so it’s all systems go in the office, combined with the fact that I’ve been meaning to write up my birthday shenanigans whilst we’re still in the month of March! 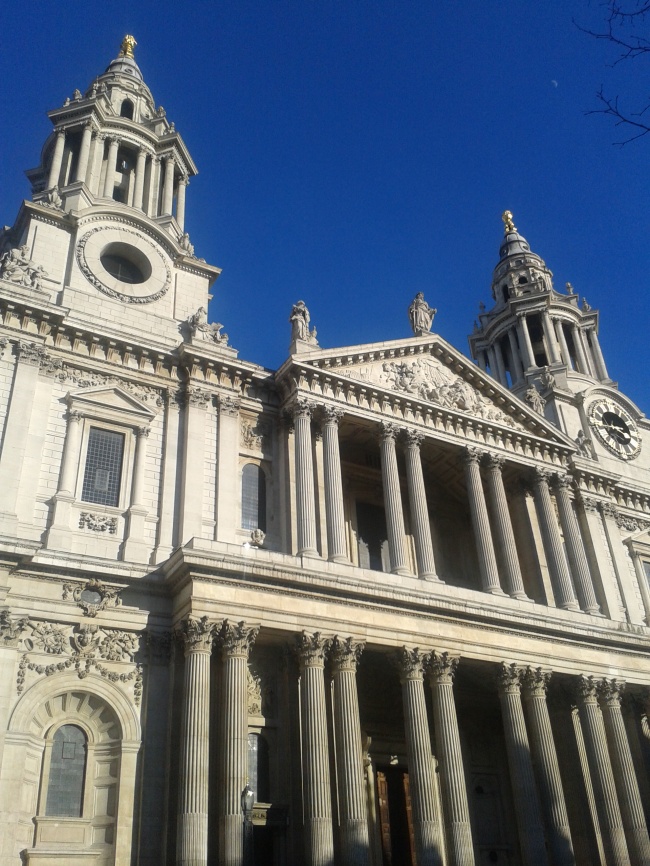 During my week off, I wanted to go inside St Paul’s Cathedral. I’m not sure why but ever since visiting Sagrada Familia, Barcelona, a few years back, I’ve developed a great love and appreciation for these magnificent works of art. However, this place should come with a warning sign. Don’t get me wrong, the Whispering Gallery is absolutely incredible and I’m so pleased that I reached the very top to the Golden Gallery… but they neglected to mention before I began my ascent, that I’d be climbing 1,161 steps that spiralled and also grew narrower the higher you got! This climb, for me, will be one of the things in life that I’m glad to have done but will never be doing again. Once is more than enough! 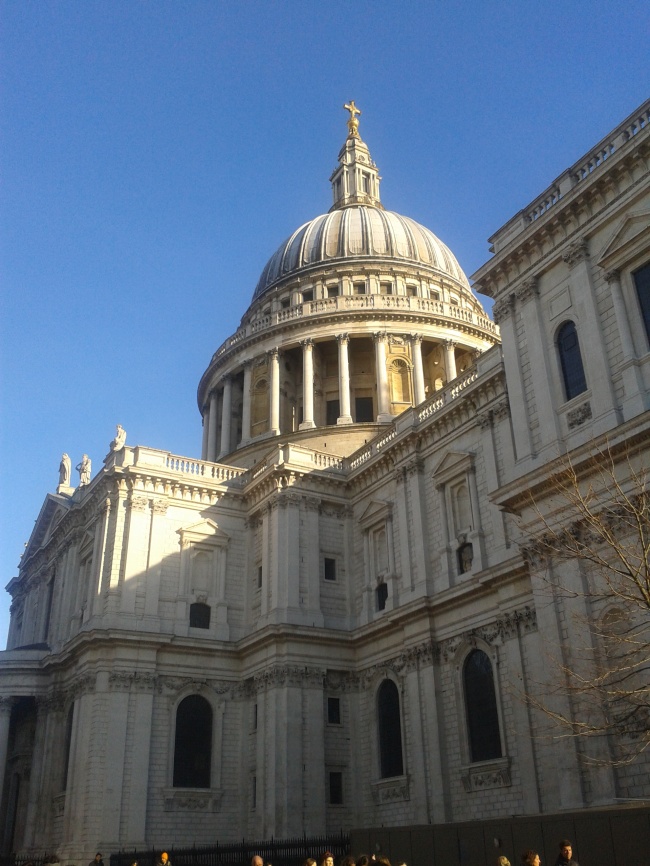 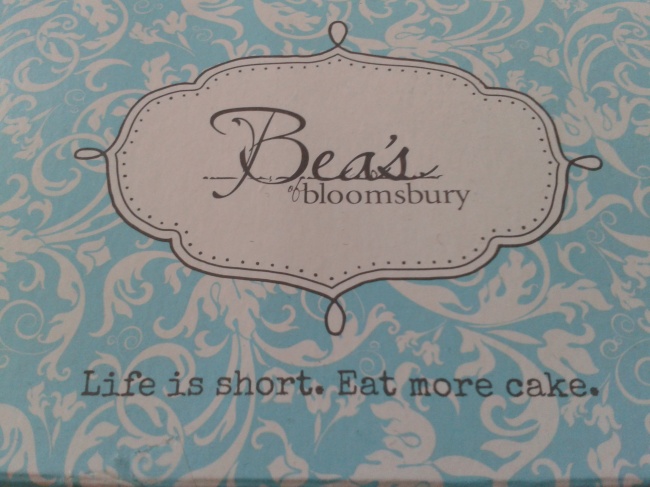 After giving my legs a good workout, my Mum and I headed to Bea’s of Bloomsbury for Afternoon Tea and what an absolute delight! We were treated to freshly made baguettes, an endless supply of tea (I chose peppermint – my favourite, since it is the only tea I drink), meringues, brownies, blondies, killer brownies, marshmallows, cupcakes and beautifully baked scones with lashings of jam and cream! I thoroughly enjoyed it even though we had to take the cupcakes home with us, as we’d turned slightly green by the end of it due to how full we felt. The only thing that let it down ever so slightly, was the missing feet at the top of the cake stand – never mind! 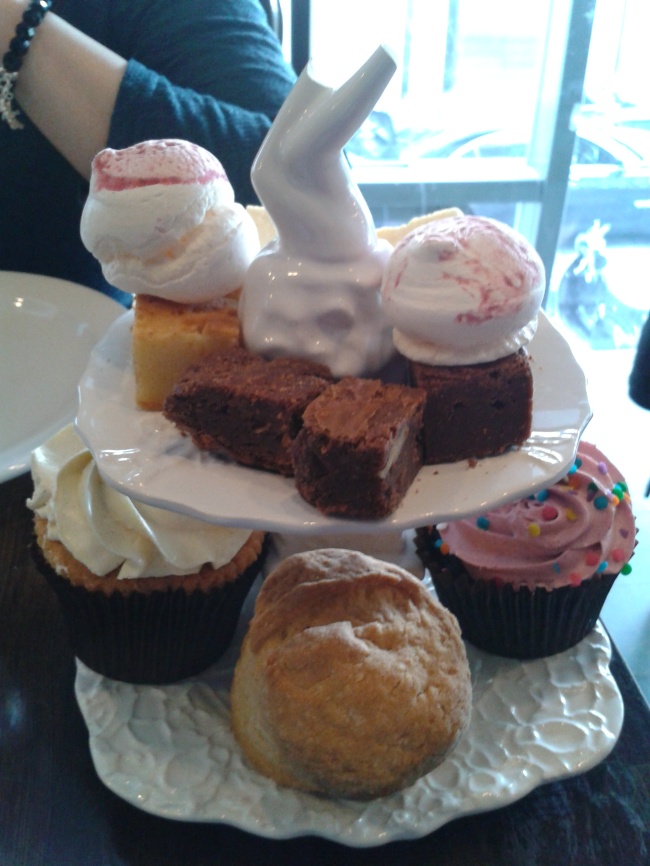 We then proceeded to , I mean wander around the shops so that we (well, mostly I) didn’t doze off somewhere thanks to Bea’s tasty treats.

Also, during my birthday week off, I started my running training (ahead of the Sport Relief run… I use the term ‘run’ very loosely), I visited my favourite Mexican eaterie, Las Iguanas, for delicious fajitas, went to the hairdressers, joined my local Gym, had a meal from my favourite Indian restaurant and of course, no birthday would be complete without visiting the one and only, Choccywoccydoodah! (Check out my Blondie… which I devoured!) 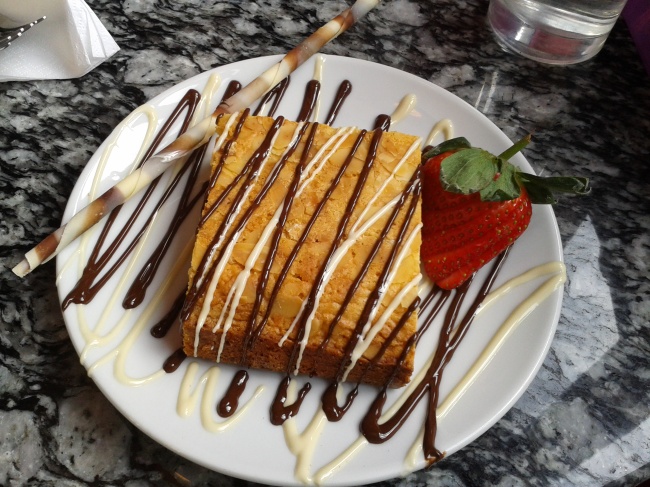 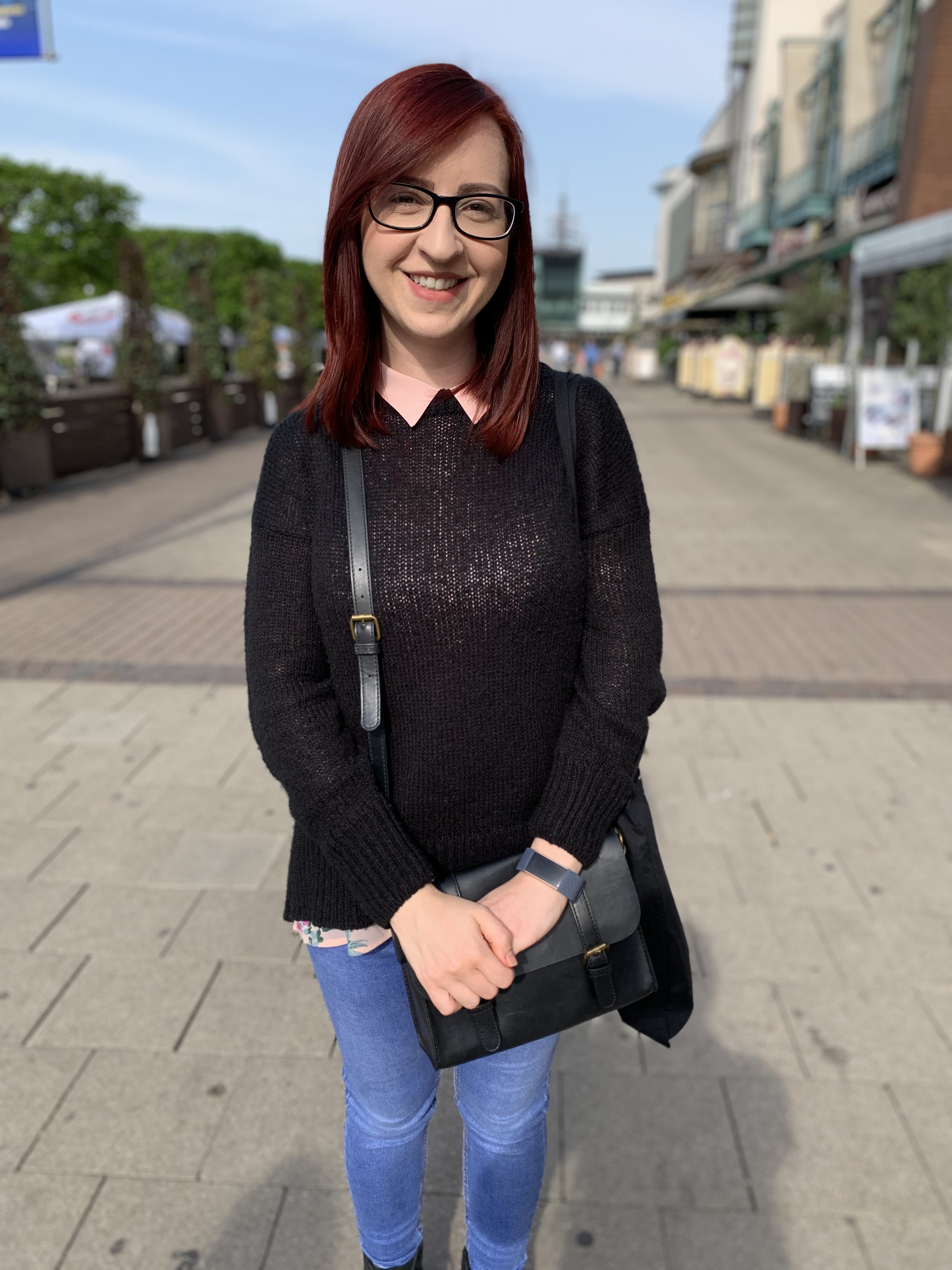