#279: You make a new friend. Make them a mixtape (or playlist, for the younger folks) that tells them who you are through song.

Hmm… a tricky one! I don’t know whether there are songs that could sum up or narrate my life – and I’m not saying it to insinuate that my life is completely different from every other persons on the planet, but purely that I’ve never thought of songs in that way. So instead, I’m going to examine my (current) favourite songs, to see if there is any relevance…

Pentatonix – La La Latch. The ‘La La La’ parts of the song of the song refer to families future responses to upcoming (exciting) decisions and the ‘Latch’ parts refer to a new interest in my life.

Pentatonix – Rather Be (cover). Again, referring to a new interest.

Sigma ft. Paloma Faith – Changing. Referring to a part of my life that I hope is going to continue to change over the next 6-12 months… exciting times!

Meghan Trainor – All About That Bass. I believe that the use of PhotoShop to manipulate models images for glossy mags/billboards etc, should stop as it’s damaging to tonnes of teens around the world. Fair enough, I’m only a size 8-10 but women should be portrayed as healthy weights and as Megan rightly references… no plastic, stick thin barbie dolls!

The Lion King – Hakuna Matata. A motto that I try to live by… it means no worries for the rest of your days!

Les Miserables – Little People & Do You Hear The People Sing. Just because some of the verses are very relevant at the moment (and I LOVE Les Mis!) – plus I’m only 5″3, so Little People signifies that height doesn’t restrict an individuals capabilities.

Hercules (Disney’s) – Go the Distance. As I believe that I can (and will) achieve great things in my lifetime.

And I couldn’t write this post without including… Frozen – Let It Go! Signifying that I’m ready for the next stage of my life, no matter what anyone would think of me.

#174: We all have something we’d like to write about, but that doesn’t really “fit” our blog. Write it anyway.

Luckily, as stated in my headline, my blog is a load of hodgepodge… i.e. a jumble, a mixture, basically a blog full of mix and match posts. But this is what I love about it – I can write absolutely anything I want and it still fits 😀 For example…

Yesterday, I took my cousin and her boyfriend to the gala screening of How To Train Your Dragon 2 – and boy was it good!

I was first to arrive at Leicester Square yesterday, so whilst waiting I decided to have a little wander. On my travels, I enquired about West End Live‘s mini exhibition opening times as I didn’t want to miss it, and then I stumbled upon a row of sleek vehicles. These were from the famous James Bond movies and were neatly lined up to promote a new exhibition, called Bond in Motion, that has recently opened at the London Film Museum.

Once I’d met up with my guests, we entered the cinema – there were cute little dragon cookies on display (which tasted delicious may I add), refreshing “dragons blood” mocktails (which were a concoction of cranberry juice, orange juice and lemonade, over ice), the chance to feature on a HTTYD2 poster (we’re big kids so couldn’t resist dressing up in the famous vikings headdresses and attempting to slay my cousins boyfriend!), as well as other activities for the kids… face painting, balloon dragon makers etc. When we entered the screening itself, we were treated to further refreshments, popcorn and a copy of Cressida Cowell‘s original novel!

We put on our 3D glasses and in doing so, joined the biggest action packed adventure you could ever think of! Not only that, but this sequel was full of humour and it was visually, the best kids film to hit the big screen this year! The graphics were phenomenal and the hundreds of creatively designed dragons meant that you didn’t have a chance to get bored! So my congratulations go to everyone who was involved in making it – you’re all in for a very rewarding summer!

After this, we went to the West End Live mini exhibition – such a great idea! We were able to get closer to original scripts, set designs and costumes, used in our favourite theatre productions. My favourite (as you can see below), was Mufasa’s costume from The Lion King. The Lion King is my favourite West End show (joint favourite I should say, with Les Misérables) – the staging, the vocals, the costumes – everything is absolutely magical! There was also Elphaba’s famous outfit from Wicked, but the lighting restricted me from getting a decent snap.

NB: words not written or at all edited by a third party – these are my own views and opinions, no one else’s.

#133: Over the weekend, we explored different ways to love. Today, tell us about the most unconventional love in your life. 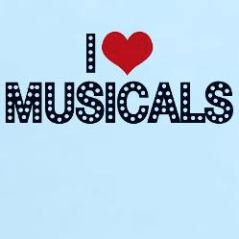 This was a pretty tough thing to answer, as there are quite a few things in my life that I love unconventionally… singing (everything), primates (of all kinds), conducting interview junkets, blogging, a wedge of Choccywoccydoodah traditional chocolate cake or the ginger cake, the list goes on! However, one thing that will always be a huge passion of mine, giving me goosebumps and bringing a lump to my throat, is musical theatre! I simply have a deep love and appreciation for the performers’ demanding line of work. My all time favourites, which I think will remain with me for my entire life (in no particular order as that was way too hard to decide), are The Lion King, Les Miserables and Wicked. Don’t get me wrong, I’ve never been to a musical and come out with negative thoughts, but these three I could easily watch week in, week out!

🦂 Did you know that scorpions are arachnids, just like spiders?⁠
🐆 Do you like my rosettes?⁠
❤️ Save the sea cows!⁠
🎩 "Since Christmas is only four Saturdays away, I thought I'd dig out my best hat. Trouble is... it won't stay on my head!"⁠
🐦 Have you ever used the phrase "a little birdie told me"?⁠
🐸 Creeping towards the weekend like...⁠
😲 I wouldn't want to be a stag beetle... I love my food too much!⁠
🐅 Why do tigers have stripes?⁠
🙋‍♀️ Which way do you tend to see things?⁠
🐟 Is there something fishy going on here?⁠